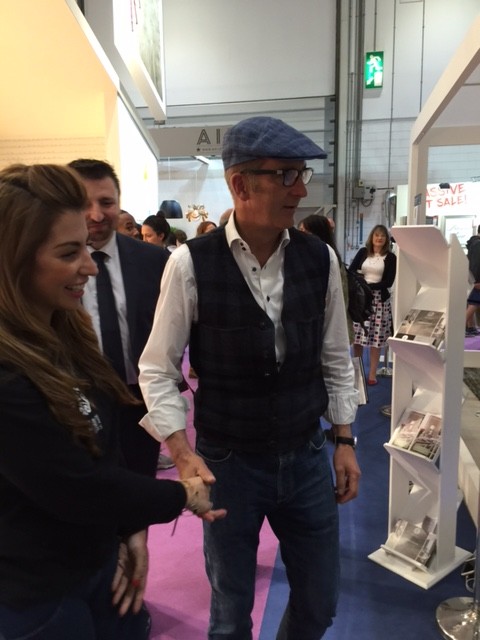 For this year’s Grand Designs Atlantis themed roomset I let my imagination run wild to create a decadent, opulent interior fit for the Greek gods themselves! Three ideas inspired me here: Firstly, Atlantis is a Greek legend so I wanted to incorporate the classicism of the golden age of Greek myth, but with a decadent edge – to reflect a gilded world on the brink of catastrophe. You can see this in my use of gold fixtures, classical busts and art inspired by Hellenistic sculpture. The second influence followed from the first. I have always loved the wistful, faded elegance of old Russian and Italian palaces, which speak strongly of a bygone age. The wallpaper and my use of white ceramic therefore hark back to the abodes of a fallen aristocracy, while the furnishings are influenced by early 20th-Century designs. The third and final theme is the sea itself, reflecting the fate of Atlantis as a submerged world. For this I imagined the lost state rooms of the Titanic, and the legendary palaces of King Triton. The floor has the shimmering iridescence of a tropical sea, merging seamlessly with the burnished gold of the elegant bath tub. Light is provided by a wonderfully organic chandelier, which presides over the centre of the set like an undiscovered deep sea creature. We had a lot of fun putting this room set together and look forward to next year’s challenge! 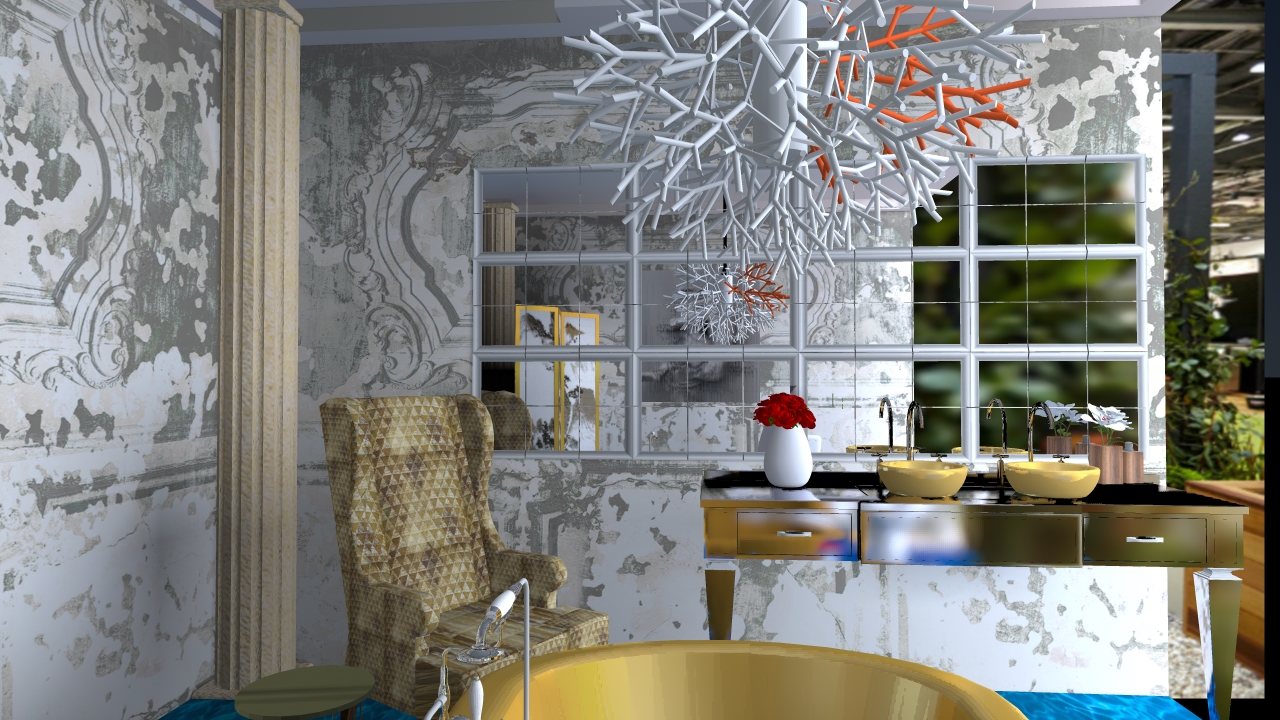